Saldanha – Elands Bay – Lamberts Bay – Bird Island Nature Reserve
Saldanha Bay is a natural harbor on the southwestern coast of South Africa, about 105 kilometers north-west of Cape Town. In the next morning we left Saldanha and traveled up the West Coast via Elands Bay and Lamberts Bay. 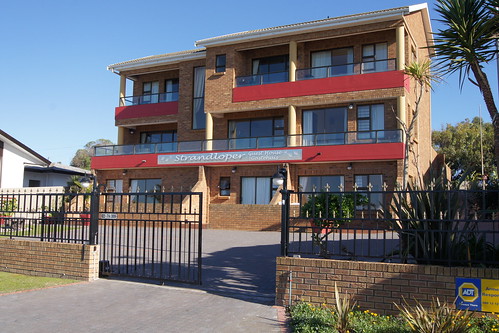 At Elands Bay, we made several stops to admire the amazing plants. On the ocean coast they grow directly from the white sand. 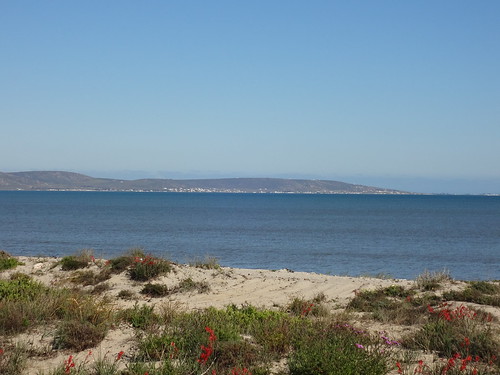 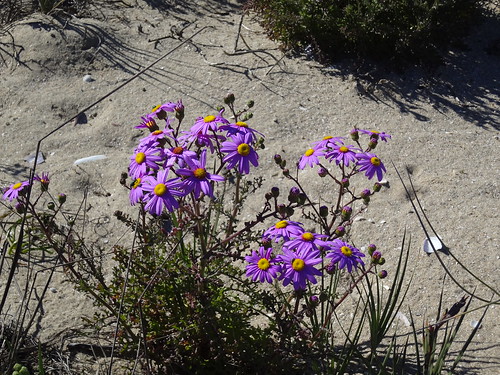 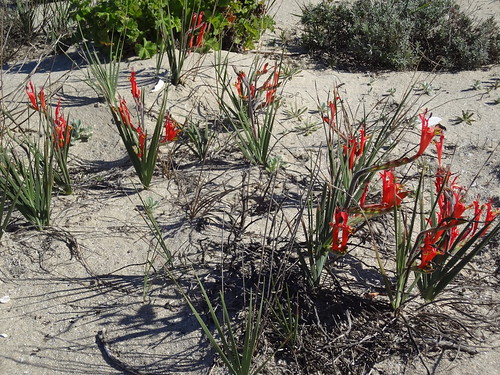 White hills on the left side of the road are composed of white coastal sand, it doesn't snow there.

On the right side of the road the landscape is different : 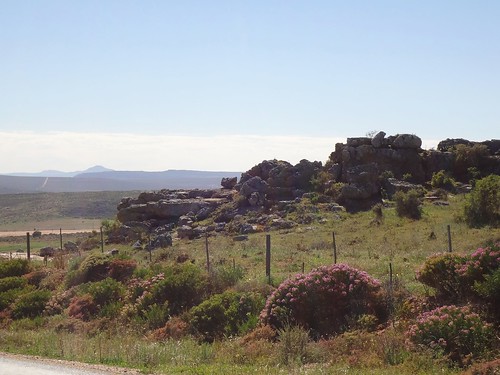 Here we also made a stop. 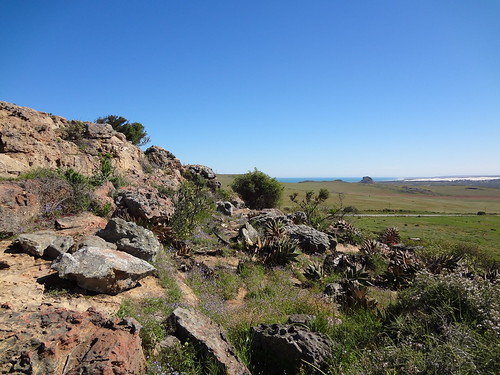 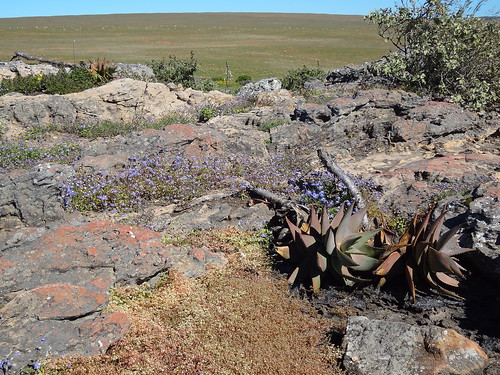 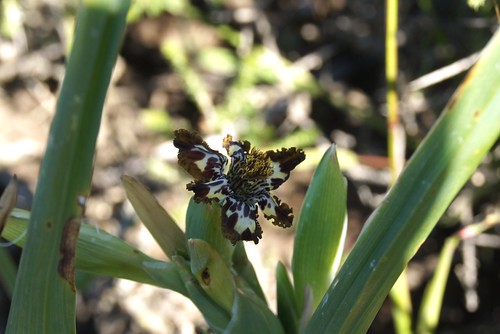 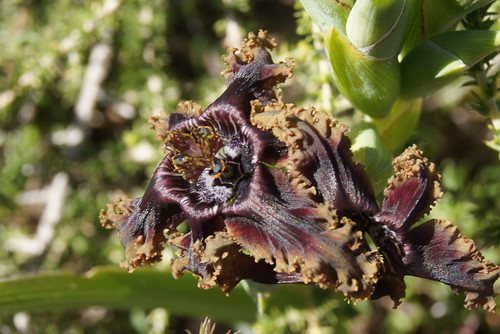 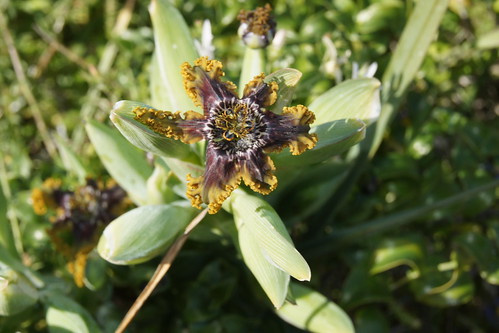 A “still life” from nature: 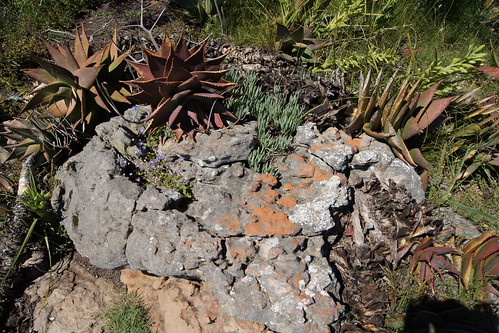 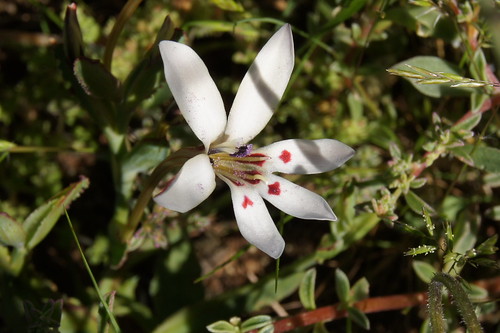 We haven't found Pelargonium species there. Our trip continues.

Lambert's Bay is a small fishing town in the Western Cape province.Next stop – the Bird Island Nature Reserve. Bird Island lies about 100 meters offshore of Lamberts Bay on the Cape west coast. The island, almost 3 ha in size, is connected to the mainland via a breakwater. It is an important breeding and roosting site for seabirds, particularly Cape gannets and Crowned cormorants. 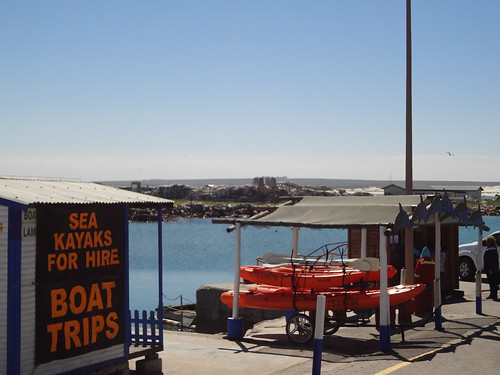 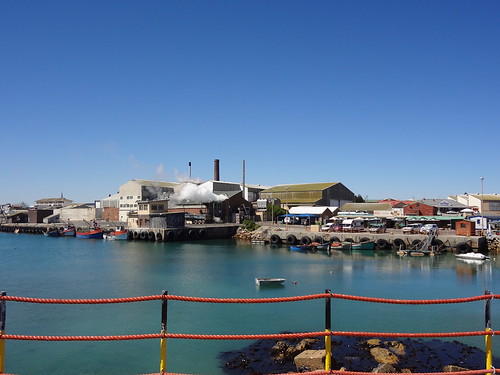 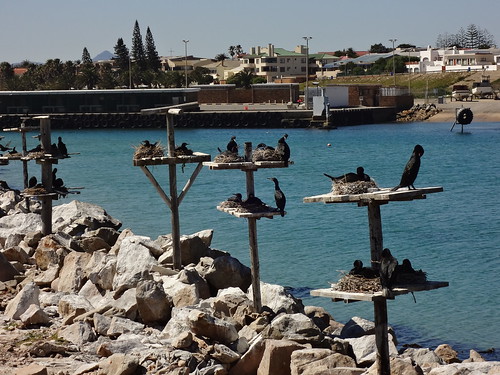 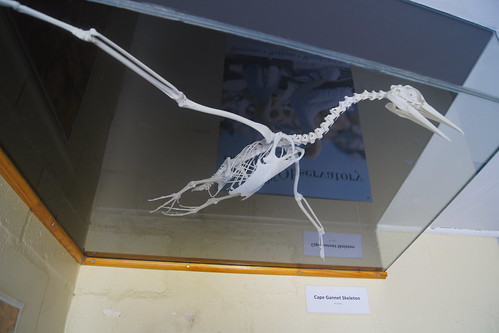 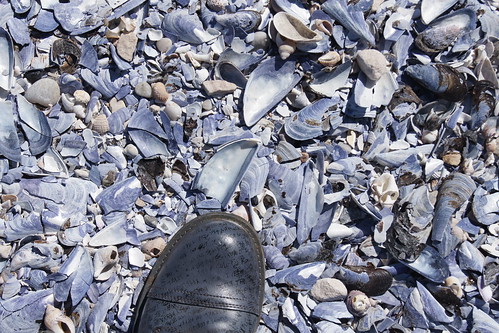