Speaking more generally, our path lay along the Western Coast, through Western and Northern Cape in the direction of Namibia.
For convenience of presentation and perception, I have divided the story of our trip into several parts.

Cape Town – Jacobs Bay
In Cape Town I and my husband Boris have spent some days in Westbury House. This grand Victorian house is situated in the exclusive area of Rondebosch, which is not far from the center of Cape Town. In one part of the house live John and Shirley Smuts, the owners, and the other part is reserved for a small hotel. Smuts family did everything possible to make us feel at home, for that we thank them. 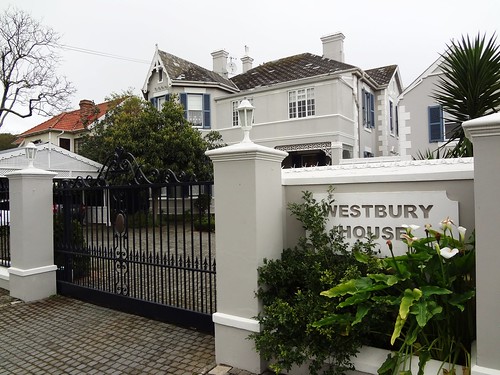 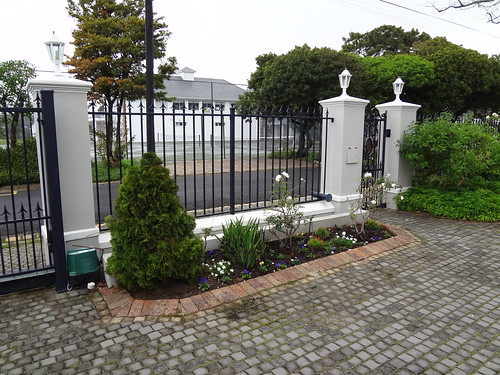 An experienced guide Cameron McMaster has led our "Pelargonium trip" to the fields and mountains of Africa. Cameron is a man-encyclopedia, he knew every plant, every weed, every bird and animal on our way. In addition, at the end of our journey he told us that in his youth was interested in butterflies. He is fluent in Afrikaans.
The friends of Cameron - Koos Claassens (Lamberts Bay) and Lita Coal (Richtersveld, Messelklip Pass, farm Bet-el) helped us to see and get acquainted with the nature of the Africa and especially Pelargonium species in their habitat. Many thanks to them for that!

So, on September 11-th, Cameron came to us and we began our "Pelargonium trip" towards Saldanha. The road ran along the Atlantic coast.

A first Pelargonium species in habitat, which we found near road almost at Cape Town, was P. capitatum. 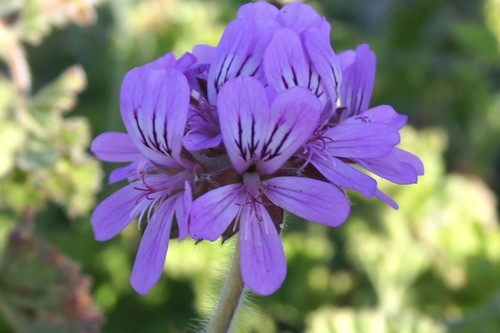 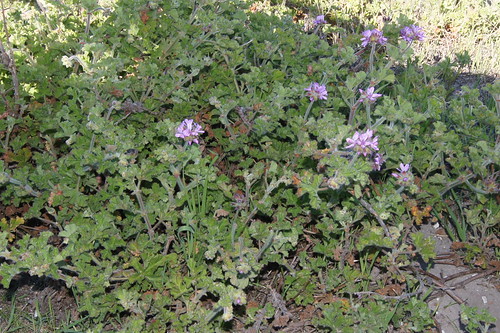 Next stop - the fields at Oudepost Wild Flower Reserve, near the town with a pleasant name Darling. Darling is known as the "Flower of the West Coast” and is famous for its wild flowers.

Here we found a large clearing of P. triste, distinguished in the forms of petals and their colors. All plants have had many leaves, and they grew up among the grass. 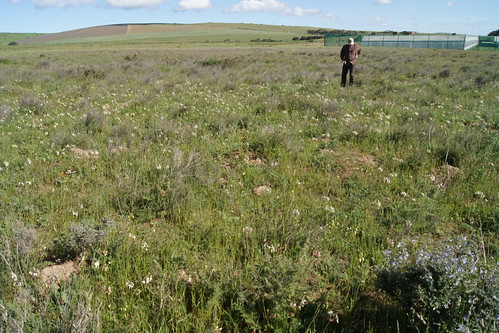 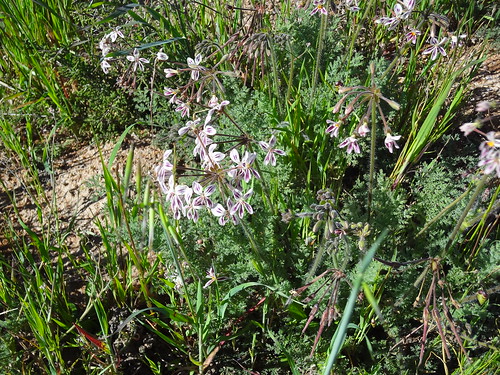 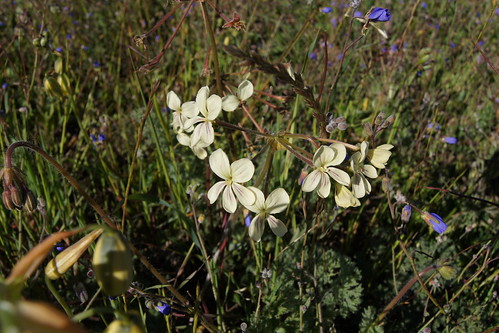 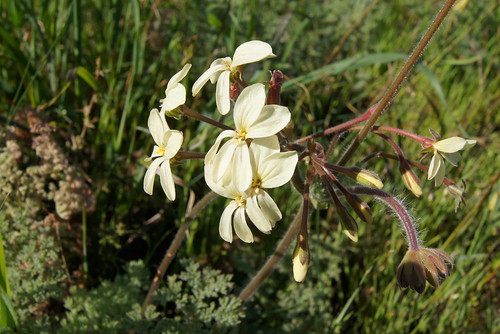 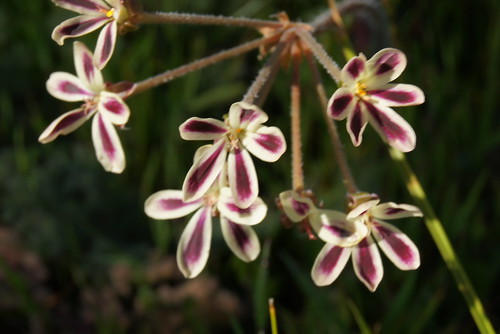 Among the herbs, we found P. myrrhifolium: 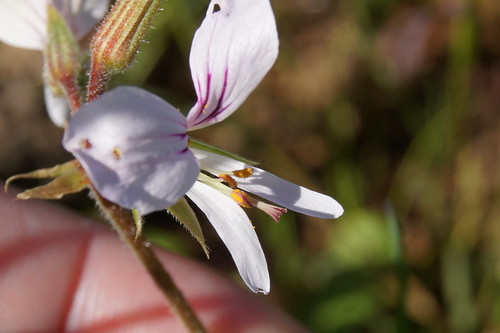 Cameron showed us other rare plants of this place. 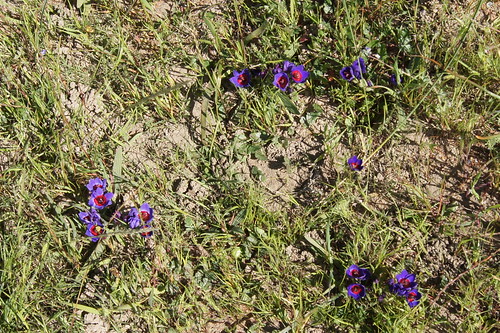 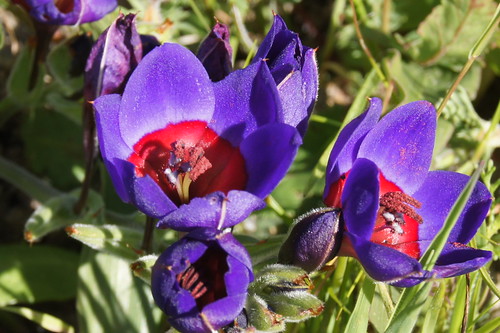 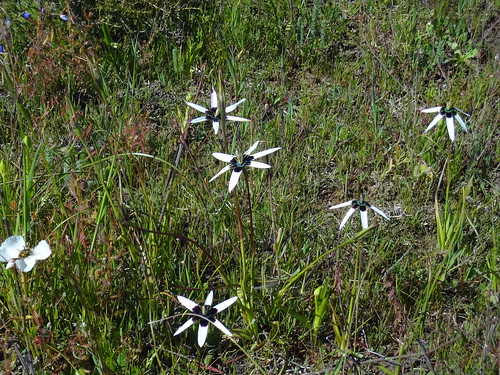 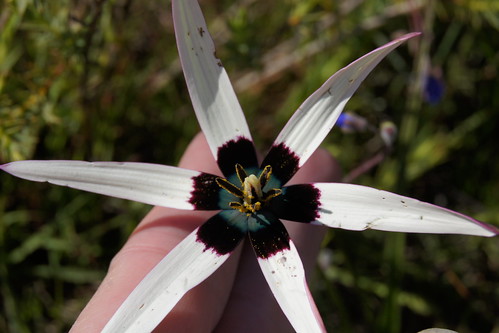 Drosera pauciflora is endemic to South Africa and is found only in the Western Cape. Species is common in Darling, Paarl and Stellenbosch and can also near Piketberg. Probably the most interesting characteristic of this plant is its ability to digest the nutrients, especially the nitrogen, which it takes from insects caught in its stalked tentacles. This plant "eats" the insects. 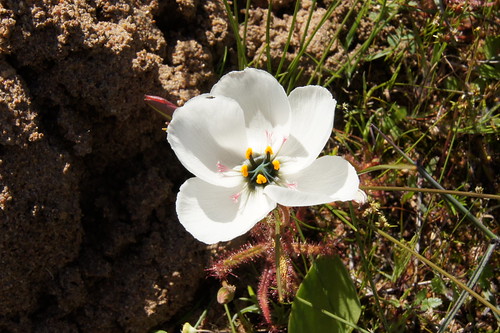 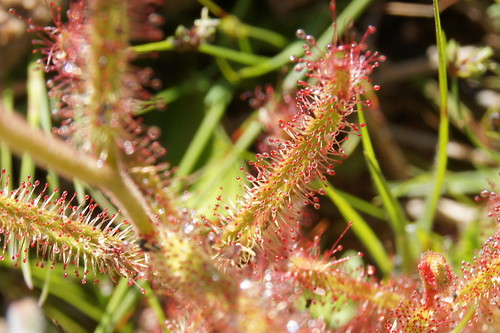 The next place, where we found P. fulgidum, P. hirtum, P. carnosum, P. lobatum, P. myrrhifolium, was a part of a Kliprug farm. It is an Afrikaans name, which means in English “A Stone Ridge”. WWF (World Wildlife Fund) has bought it in 2011 for making a nature reserve. Here we met with a friend of Cameron - Koos Claassen, our guide in Kliprug farm. 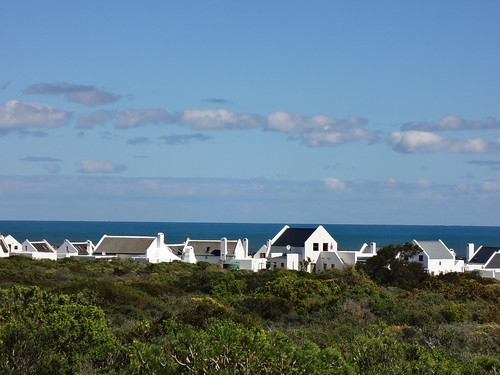 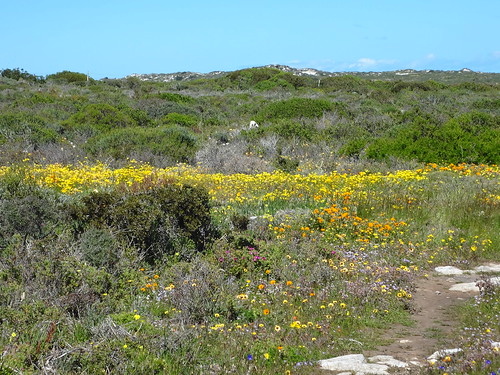 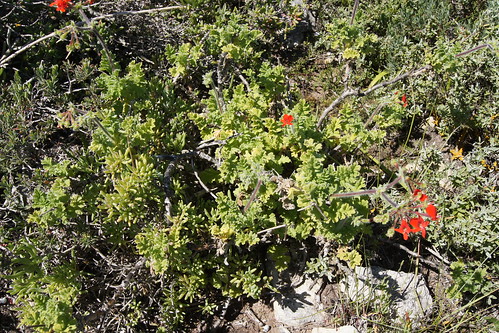 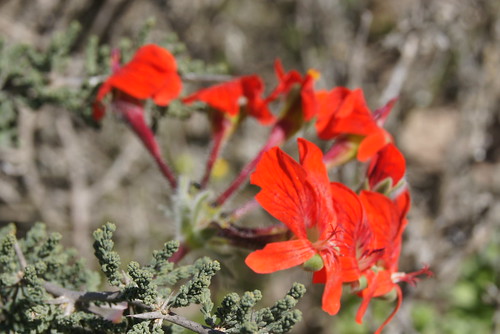 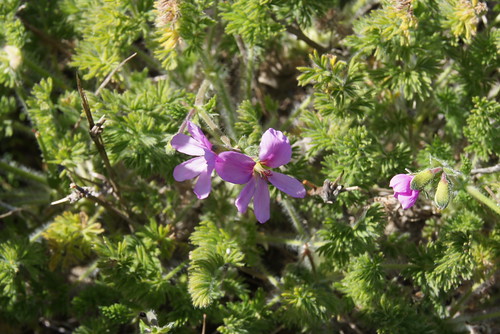 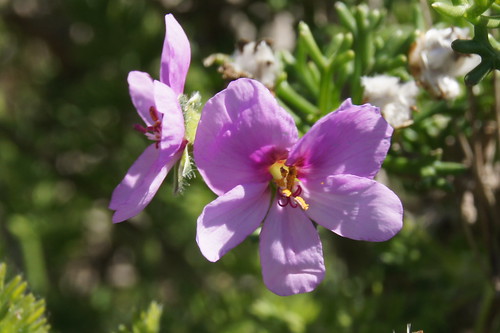 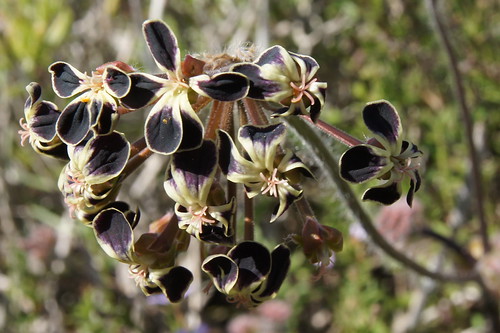 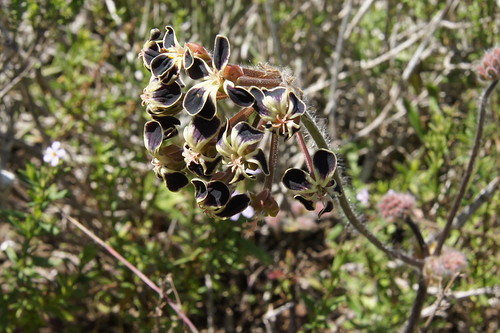 Soils in this place include granite, but the plants love it. 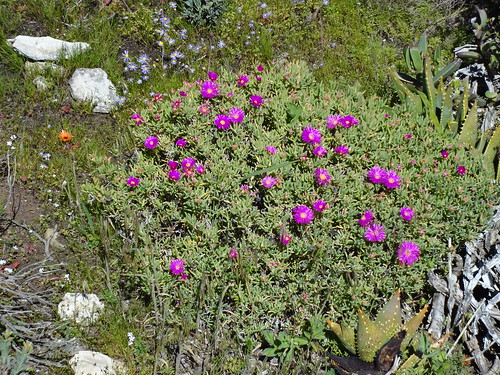 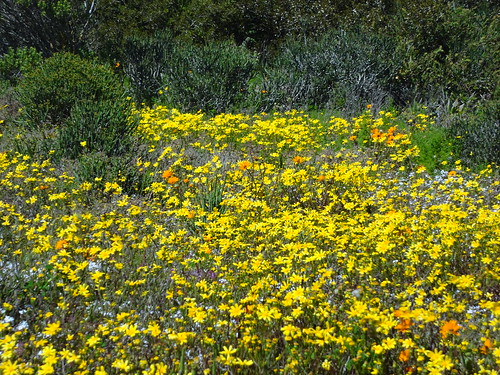 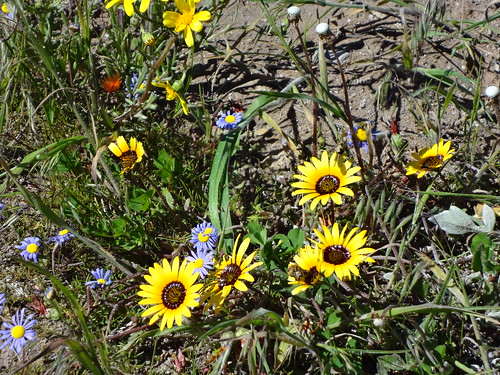